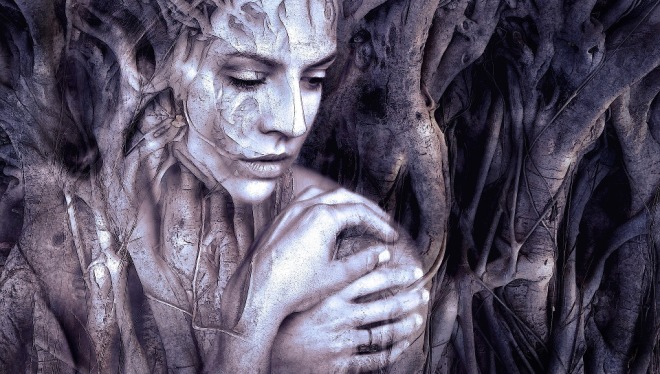 One of the most satisfying elements of good fiction is the character arc, the dynamic inner changes our favorite characters undergo from beginning to end.

Like Errol, who—in Patrick Carr’s The Staff and the Sword trilogy—transforms from an underdog drunk to a self-sacrificing hero.

Or Abramm, who—in Karen Hancock’s Legends Of The Guardian-King Series—shifts from spiritual darkness and weakness into a destiny forged in light, truth, and strength.

Or Haegan, a formerly paralyzed and bedridden prince, who—in Ronie Kendig’s Embers (Abiassa’s Fire Book 1)—is unexpectedly thrust out into a dangerous world he never expected to face, relentlessly pursued by his king-father’s lethal forces. Under such strain, he can’t help but change. In fiction and life alike, this is the formula for character transformation.

In the books and series listed above, each hero faces grave trials that challenge his notion of himself and the world around him. Given enough time and pressure (and an author determined to make them better), each one emerges wiser, stronger, and kinder. Why?

Our Hero of heroes Jesus, being in very nature God, didn’t need refinement and yet—just like us—His suffering showed His true character. Unlike us, His suffering proved a purity of love no human being before or since has shown. What He suffered both proved His character and also served as a light for humankind (Luke 23:34, see also Luke 6:32-36). Furthermore, those trials enabled Him to empathize with humanity’s plight (Hebrews 4:15). “He never sinned,” Camp’s song Overcome, expresses, “but suffered as if He did.” 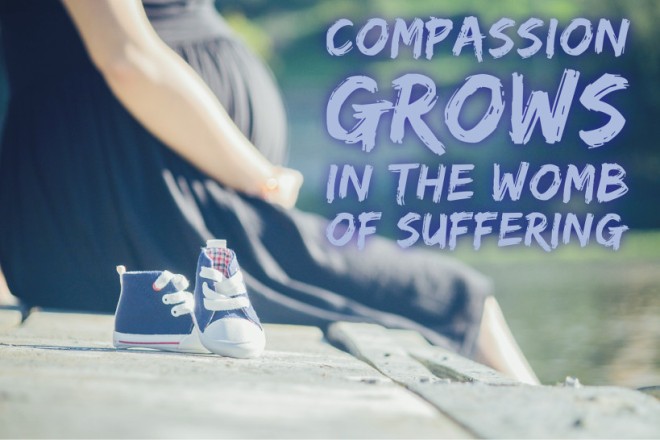 As for us mere mortals, the first-fruits of our suffering are usually rotten, dredging up from the heart all manner of emotional garbage. In this way, suffering either builds character—or it plunges us deep into the valley of the shadow of death, paved with misery, fear, bitterness, self pity, and every other rotten fruit imaginable. I know because I used to LIVE there.

For over ten years, I lived in a spiritual wilderness, unable to accept God’s love, find my purpose, or discern any real meaning in life. My career derailed. My spiritual lifeline frayed. Emotion gripped me in a chokehold.

Why was I so miserable? What was the root of my problem? Should I have shifted into a new career? Like the writing that also floundered? Should I have settled for a simpler career—one at odds with my God-given desires and natural talents?

When the anxiety and depression worsened, I took medication for a time, though it didn’t truly help. Should I also have sought a psychiatrist? Gotten more exercise? Eaten healthier balanced meals?

In terms of my spiritual life, should I have studied my Bible more often…even though the vast majority of scripture would trigger acute anxiety? Perhaps if I’d served more—prayed harder?

My point in raising all these questions is to provoke thought: What kind of advice do we usually give to others currently immersed in emotional misery? What do we tend to perceive as their root problem? During the course of my struggle with anxiety and depression, I’d received platitudes, suggestions for vitamins to take as well as an exhortation to exercise. The message the world offers includes the following kinds of advice:

Do something for yourself. Try a new hobby, get a pet, go on vacation. Make yourself happy—whatever it takes. And while none of these actions are inherently bad (“whatever it takes” notwithstanding), they only ever serve as a distraction to the root cause.

The fact is, the world’s advice leaves us flailing…like blind men shooting crossbows in random directions, hoping against hope to hit a target we’re not sure is even there…

Because the external problem isn’t usually the root problem. 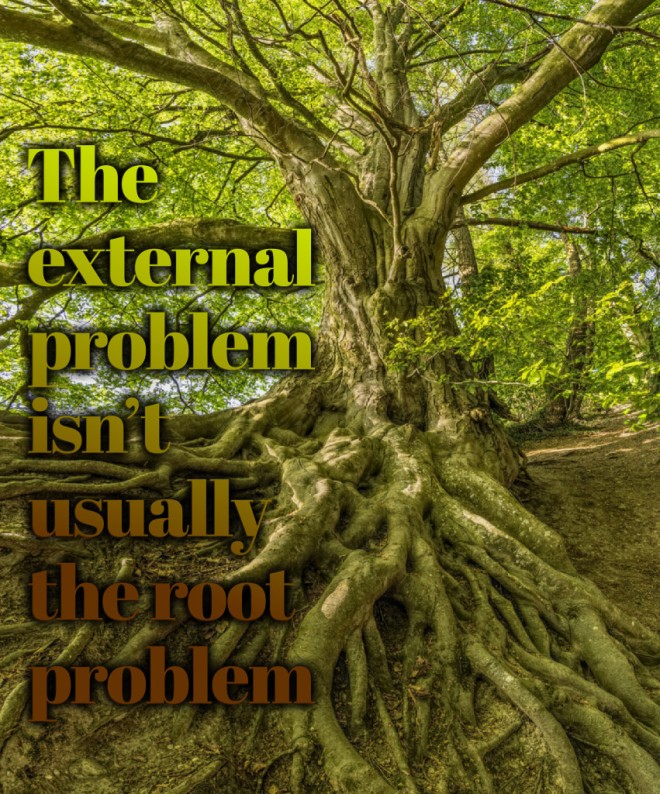 Digging to the Roots

My own experience has convinced me that every emotional trial I’ve faced is rooted in one thing: perception. In other words, I’ve always found the root cause for every emotional trial to be—not something I do or fail to do, but rather—(1) what I believe and (2) how well those beliefs align with God’s truth.

If I were to generalize this observation, I might say it like this: The problem—and, therefore, the solution to every emotional trial we face—isn’t somewhere out there in the WORLD, something to be attained or achieved, some universal tangible fix-all. The problem is in the mind, in the inner man—within our WORLDVIEW.

In the midst of every outward trial, what we believe will determine whether we overcome the emotional pain—or else sink down to the depths. Believing God’s promises—that He’s working all things for our good and using every trial to build character—gives us hope in hard times. In contrast, depression and hopelessness characterize those who believe their struggles to be pointless and their efforts futile. 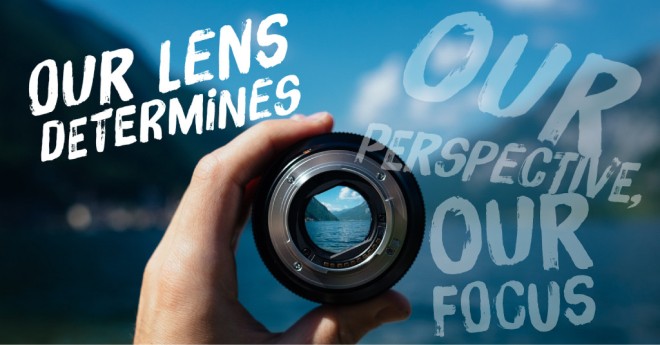 Clearly, pondering whatever is noble and lovely and pure (Philippians 4:8-9) is good, but there’s a subtle distinction between faith in God and the world’s generic positivity.

Believing a pleasant lie (that is, positive thinking) may satisfy for a time, but only those beliefs that align with God’s truth will stand the test of time. Just as there are physical laws we dare not break (step off the cliff and you will fall), spiritual laws hold serious consequences for those who pay them no mind. Breaking those laws may seem harmless at first, but we always reap what we sow.

My false beliefs, for example, reaped years of anxiety and depression as well as a deficit of peace. No external change brought relief—only a revelation of God’s truth. 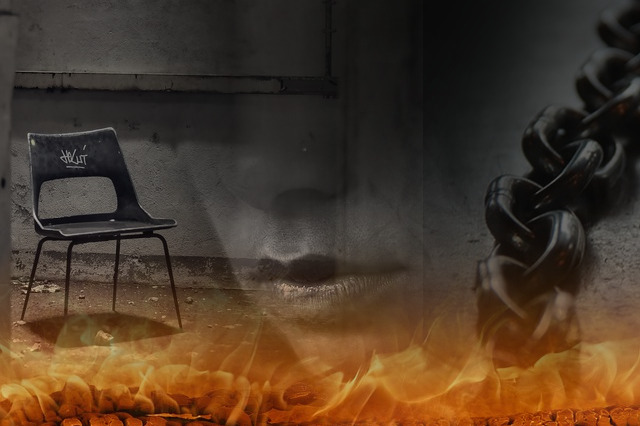 A Word of Warning to the World

Based on my experience, the first step to inner healing and growth would seem to begin with the recognition that what we believe holds power—power to bring either inner peace or emotional pain. However, it’s not only what we believe that matters, but also, whether or not it’s actually true.

Relative truth is one philosophy society offers to bring comfort to the world. “It’s okay,” they say, “We can hold mutually exclusive beliefs. What I believe is true for me; what you believe is true for you.” But is it? I think we can all agree science only works because truth is fixed and not fluid. Natural laws and constants—like gravity—are surprisingly, um, constant. In the same way, the rules of the road aren’t “each to his own.” Most people accept the absolute truth signified in a red light, whether or not they absolutely refute the existence of absolute truth.

Put another way: Disregard a stoplight at your own risk.

Likewise, any who disregard spiritual truths will suffer the consequence.

A Warning to Christians

If the previous section was a warning to the world, this next section is a warning to fellow Christians, and the warning is this: Knowing the truth isn’t enough.

I certainly don’t mean this as a judgment on those who struggle. This warning comes from a place of compassion as one who struggled so long with the results of deception. I’d attended church almost all my life. I knew the Bible inside and out. I “knew” the truth—so why wasn’t I free?

Because I didn’t really accept the words as being true. My mental assent wasn’t enough; I didn’t receive the truths I most needed on a heart level.

Here’s the crux of the matter: Truth is a powerful tool that does us absolutely no good if we don’t lay hold of it through faith. Even for Christians, who generally know the truth, it’s not how much Scripture they memorize, but how deeply they believe.

Even though the victory is ours through Jesus, we won’t experience that victory in our daily lives unless we know and stand upon the truth. God’s word is described as a sword, but a sword only has power insofar as it’s used.

This applies to everyday life as we encounter situations—experiences or memories, any attitudes, feelings, or thoughts—that run counter to God’s Word. Whenever this happens, we have a choice what to believe. Will we elevate our emotions and logic over and above God’s truth? Or will we catch the revelation that the perceptions that sprout from life experience are often perversions of the truth?

One of the revelations that inspired this post was the clear parallel between my own transformation and the inner journeys our characters face. Why I should be surprised at the similarity?—I’m not sure—but it drove home a critical truth about the nature of human change: Whether in fiction or life, every upward character arc hinges on some fundamental lie being exposed, which empowers the hero to finally embrace some transformative truth.

Within this discovery, there’s a critical “aha!” worth pondering: No matter how in control we feel, we aren’t ultimately in control of our outward lives. Yes, we make decisions; we take actions. Then along comes a plot twist to derail our careful plans. In this way, our control over the external plot of our lives is limited.

However, even when plans go awry and our goal is thwarted, we still have some choice in how we’ll react. Will we be like Jesus, forgiving the soldiers who nailed him to the cross? Or like the Israelites in the desert, grumbling against God?

The answer depends—as stated above—on what we believe to be true. For example, do we believe suffering is random and pointless—or that God is sovereign and in control? If the latter, do we really believe He sees the beginning from the end and works all trials for our good? To the extent our understanding of God’s truth is skewed, our perception of His character is also skewed. If we think He enjoys our misery, we’ll never see Him as the good Daddy He truly is; we won’t believe His plans for our lives are infinitely better than anything we could ever plan for ourselves.

So, just as Weiland discusses on her blog and in her book Creating Character Arcs, “The Change Arc is all about the Lie Your Character Believes.”

In a future post, I’m hoping to expound on my own journey of transformation and the lies I unwittingly embraced. Until then, I hope you’ll chime in with your thoughts and insights about how truth has shaped your particular journey. If you’re still enmeshed in emotional struggles, can you pinpoint the root as a lie—or is your struggle an exception to the rule? There’s no judgment here—only encouragement to press on. Sow a comment and you’ll reap a prayer. Until next time…

One thought on “The Root of Every Arc”